“All art constantly aspires towards the condition of music.” – Walter Pater

“If a composer could say what he had to say in words, he would not bother trying to say it in music.” – Gustav Mahler

The editors for Magma 53 are both poets who’ve also been practising musicians: Rob played in an indie pop band for years, while Kona dipped into not one but two Music Degrees (in composition and violin respectively), and continues to write and perform music. How have our varying musical backgrounds affected our writing? What is it that makes us choose to listen to music instead of picking up a poetry book, or vice versa? Questions like these have led us to our Magma 53 theme of Music: The Universal Language.

Does language have its own music? Of course it does; “word-music” is what permits an English speaker to distinguish spoken Chinese from spoken Gaelic without understanding the meaning of either. The poet’s skilful application of word-music is one of the things that distinguishes poetry from workaday prose – and, arguably, makes poetry so much more difficult to translate.

Music may be “the universal language of mankind,” as Longfellow said, but it takes time to learn a complex language; Handel, John Coltrane, The Clash and Steve Reich have something in common, but not all ears will find it easy to detect. Music in poetry comes in equally diverse guises. Compare the full-on effects of As Kingfishers Catch Fire by Gerard Manley Hopkins:

I couldn’t tell the snowflake that foretells
my death from the other lunkhead flakes
that couldn’t scare a chicken, dandruffy
weak blips in the big what huh…

For Magma 53, we’d like to see poems which are about music or inspired by music. We’d also be glad of poems that deploy word-music with brio, or which aspire in some other way to the condition of music. Can poetry do something that music cannot? If so, show us how!

The deadline is 29 February 2012. Off-theme poems will also be considered. Please see the Contributions page for details of how to submit your poems.

Magma on Twitter
@lucycage: Very pleased & honoured to be included in the new @magmapoetry Act Your Age, which is full of wonderful, inspiring, exciting poems. May Is The Month To Die In was written last year, fuelled by both exuberance & dread, and seems to have taken on a new resonance in 2020... https://t.co/R6omL2iB7Z 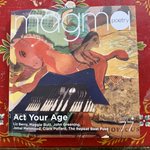 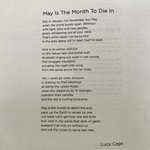 @ceciliaknapp: I’m very happy this poem made it into @magmapoetry this ones for mum ❤️ https://t.co/sZYFO53bc3 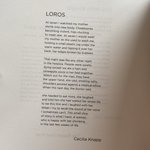 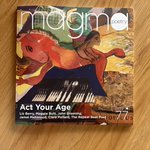 @RepeatBeatPoet: WELL LOOKEE HERE! My little poem about recurring grief has been published by Magma Poetry, in an edition themed ‘Act Your Age’, and I am very happy about this. Grab yourself a copy, I share the esteemed pages with… https://t.co/rP089RyYyl
h J R
@MagmaPoetry

@CarolineBirdUK: Here’s a snippet from my Magma Poetry Competition judge’s report and you can read the winning and commended poems here: https://t.co/BB6Kq6oA44 (I’ll tweet them all individually soon too since I couldn’t embarrass them all with praise at our awards ceremony) @magmapoetry https://t.co/xOzHZJ2iKr 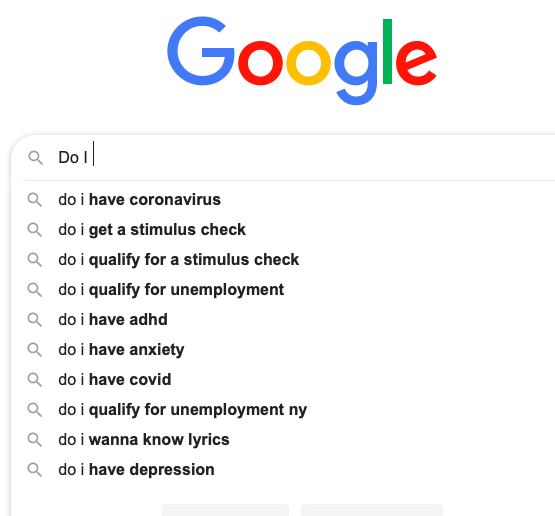 The submissions window for ‘Dwelling’ is open from 1st June – 31st July 2020. We welcome poems that have not been previously published, either in print or online. Up to 4 poems may be sent via Submittable, or by post…