I’m a sucker for dogs. Dogs are not taboo in poetry as cats are. I cite Suzanne Batty’s ‘The Barking Dog’ and Chase Twitchell’s ‘The Language of Dogs’. Mark Doty, too, writes dogs into poems and his memoir Dog Days. However, the dogs of the aforementioned poets appear as energetic Buddhas; cheerful, deep, embracing the ‘now’ that contemporary writer-owners find elusive: “This shining bark// a Zen master’s gong, calls you here,/ entirely, now: bow-wow, bow-wow, bow-wow” (‘Golden Retrievals’ in Doty’s Sweet Machine). Gregory Woods does not present dogs in this way.

The title poem is, after all, ‘after Kakfa’. This dog chases an ambulance and then turns off: “the bystanders reconcile themselves/ to knowing / it was just an ordinary dog.” This disappoints: don’t we want the dog to follow its injured owner all the way to hospital? We already know that life is bleak, don’t we want the poet to transfigure the ordinary dog? But Woods might be right to deliver such a poem and he avoids (even comments upon?) the sentimentality of other poets who rely on emotionally manipulative story-telling. Yet Woods does not restrict himself to a purely plain-speaking or realistic stance.

An Ordinary Dog is 134 pages long and divided into four sections, so it might be read as four shorter collections. Section three, for example, contains shaggy dog and philosophical poems (including one called ‘Narrative Poem’). The highlight for me of the fourth section is not the title poem but ‘Theorem’ a poem that unites ideas about writing, separation and sexuality through the satisfying image of a man sat in a room full of people but with his chair turned to the window: seeing others seeing him, framed within a frame within a frame, etc. This image is repeated and altered slightly, alongside a recurring conversation that crucially moves between genders (“he replied, to/ a man that his eloquence was its own/ defence, or to a woman,/ that her beauty was its own defence” but by the end of the poem he is saying to a young man “Your/ beauty is its own defence”). The cumulative effect of the layers of language building up is like being in a barber-shop or hairdresser’s and watching the mirrors reflect yet more mirrors into infinity.

The poems the reader initially encounters though, are less philosophical and more explicit, the gods of school-boy crushes. On encountering one such manly specimen: “we each put into practice plots to mine the seam/ and plumb the arse, a speciologist’s wet dream” (‘Wing Three-quarter’). These lustful poems are not my favourites, although the skinhead in ‘Strokes’ has a brooding passive charm contained in short-lined yet expansive tercets. When I reached ‘Trees or Fly-fishing’, its epigraph made me realise I was arguably guilty of some impatience for Woods’ other (‘straighter’?) poetry. Here’s the epigraph:

I suppose a Professor of Gay and Lesbian Studies has a professional
obligation to write about these areas, but I’d have welcomed
a few poems about trees or fly-fishing
John Greening, London Magazine

Hilarious. In response Woods writes a pair of formally genteel yet slapstick sonnets. The tree becomes a place from which a cherubic boy falls “exposing genitals and peachy bum”, and the fly-fisherman inadvertently catches his hook on “Laszlo’s flies” revealing an “enormous chopper” and a tale that becomes an unlikely “whopper”.

If Carry On humour isn’t your thing don’t give up. Woods’ serious poetry matches the best of Gunn or Doty with his conjurations of gay experience. I was moved by ‘The Sweet Life’: his recollection (true or fictional) of first love – illicit, intense, on holiday. There’s sadness later when the narrator recalls his older self:

cruising
any shadow and confusing

trees for men, but somehow drunkenly finding
enough of what I was seeking to make it
worth coming back, night after night,
following dark outlines, despite

the risk, through darker spaces, almost blind, week
after week, man after man.

Note the particularly well-judged line-breaks that allow for rhyme but compel the reader forward via a long sustained sentence. Imagine the poem read out loud and where your thoughts might go at the ends of certain lines: “to make it” and “week”/ weak. The poem concludes by bringing us back to the present, “I’d forgotten how/ much that one boy meant. Until now.”

[Cath Nichols has a PhD in creative writing from Lancaster University. Her publications are ‘My Glamorous Assistant’ (Headland Press, 2007) and pamphlet ‘Tales of Boy Nancy’ (2005). ‘Tales…’ is due for re-issue with new poems soon.] 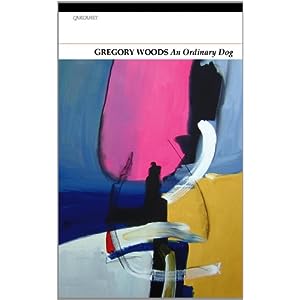 From 1st July 2021, shipments from the UK to EU will be subject to Value Added Tax (VAT) charges). Orders placed through Magma Poetry are shipped Delivery Duties Unpaid and customers in the EU may have to pay import VAT (and customs duties if payable) and a handling fee in the receiving country.
Latest issue
Magma 81: Anthropocene

And our deadline has just been put back 2 days to give you this weekend to revise - now closes midnight on Sunday 16 January https://t.co/R5vUGSXzRv
h J R
@MagmaPoetry

Call for Submission – Magma 83, Solitude Closing date: 30 November 2021 The submissions window for ‘Solitude’ is open from 1st – 30th November 2021. Editors, Isabelle Baafi, Ilya Kaminsky and Lisa Kelly, welcome poems that have not been previously published, either in print or online. Up to 4 poems may be sent via Submittable,…