Sometimes I get radiant drunk when I think of and/or look at you,
Upstaged by our life, with me in it.
And other mornings too
Your care is like a city, with the uncomfortable parts
Evasive, and difficult to connect with the plan
That was, and the green diagonals of the rain kind of
Fudging to rapidly involve everything that stood out,
And doing so in an illegal way, but it doesn’t matter,
It’s rapture that counts, and what little
There is of it is seldom aboveboard,
That’s its nature,
What we take our cue from.
It masquerades as worry, first, then as self-possession
In which I am numb, imagining I am this vision
Of ships stuck on the tarpaper of an urban main,
At night, coal stars glinting,
And you the ruby lights hung far above on pylons,
Seeming to own the night and the nearer reaches
Of a civilization we feel is ours,
The lining of our old doing.

I can walk away from you
Because I know I can always call, and in the end we will
Be irresolutely joined,
Laughing over this alphabet of connivance
That never goes on too long, because outside
My city there is wind, and burning straw and other things that don’t coincide,
To which we’ll be condemned, perhaps, some day.
Now our peace is in our assurance
And has that savor,
Its own blind deduction
Of whatever would become of us if
We were alone, to nurture on this shore some fable
To block out that other whose remote being
Becomes every day a little more sentient and more suavely realized.
I’ll believe it when the police pay you off.
In the meantime there are so many things not to believe in
We can make a hobby of them, as long as we continue to uphold
The principle of private property.
So what if ours is planted with tin-can trees
It’s better than a forest full of parked cars with the lights out,
Because the effort of staying back to side with someone
For whom number is everything
Will finally unplug in the dark
And the black acacias stand out as symbols, lovers
Of what men will at last stop doing to each other
When we can be quiet, and start counting sheep to stay awake together.

(from ‘A Wave’ Carcanet 1984, reproduced with the kind permission of the author and the publisher)

So Many Lives is the only poem I can remember almost by heart and, if I get excited and a bit drunk at a party I’ll often hijack you and try to recite it while you’re trying find a taxi home. I found it in about 1990 in the library at Edinburgh College of Art. I was trying to find Self Portrait in A Convex Mirror, I think on Neil Dodd’s recommendation. I would have been 18 or 19.

“Sometimes I get radiant drunk when I think of and/or look at you.// Overcome by our life with me in it. //And other mornings too your care is like a city with the uncomfortable parts// evasive and difficult to connect with the plan … “

What thrills me most is the kind of constant liquid shifting from quotidian language to the sublime, to complex metaphors and transcendent images. So it does what I think is the highest ambition of art, which is to uncover the magical in the everyday. 20 years later the poem still unfolds dazzling transcendent euphoria to me every time I read it. And each time there seem new corridors to the euphoria. I am nowhere close to being a poet with the academic skill of Ashbery, but I think it’s the poem that has influenced my own billboard poems the most, it’s certainly the reason that I habitually write in the second person in my own work. It is said that all poems in the second person are always either love poems or revenge poems. Love poems and revenge poems are very closely related.

Robert Montgomery was born in Scotland in 1972. He studied at Edinburgh College of Art and then in the core program at the Museum of Fine Arts, Houston. He has lived in London since 1999. Poetic texts are at the basis of his work and he makes billboard pieces, light pieces (recycled sunlight poems), woodcut pieces and watercolours. 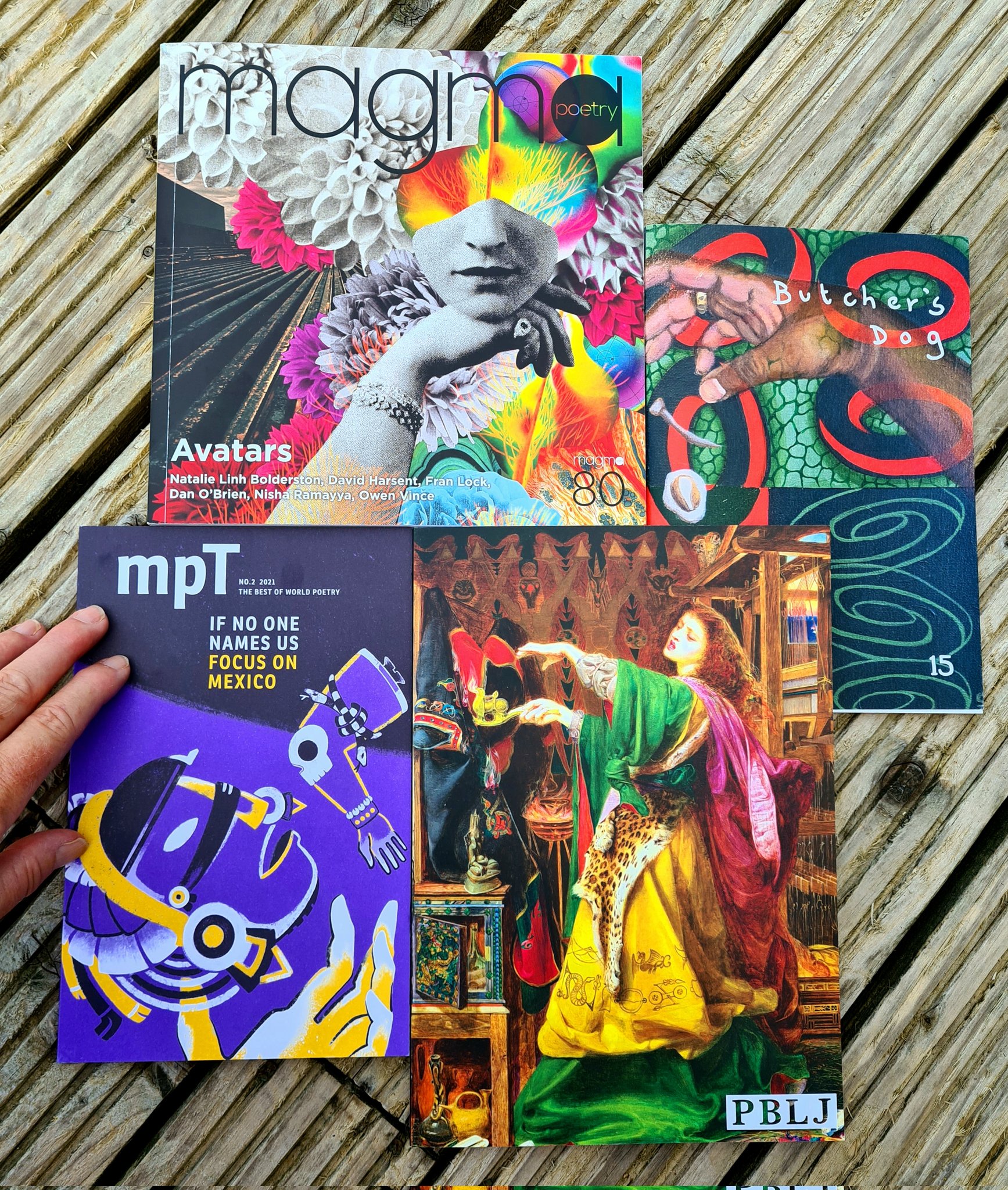 The 82nd issue of Magma Poetry, edited by Nick Makoha and Gboyega Odubanjo, is in partnership with the Obsidian Foundation and will focus on Black poets. The submissions window for M82: Obsidian is open from 1st July – 31st July…