In Presiding Spirits we ask a contemporary poet to write a poem which draws on writing from the past. In this issue W N Herbert responds to Byron’s Childe Harold.

My voice went on a quest to find itself –
it never breathed a word to me about
its divvy divagations. Left on the shelf
I fashioned fonts from flies, their snorkel pouts
for punctuation, trumpets crossed with trouts.
Meanwhile, its palate for a scallop, off
my voice went down its fat tongue’s way, to shouts
of dry support from beetles, left one cough
to build a colophon: my capitals
were spiders and my type trepanned through ancient skulls.

Hit that bone ceiling and both past and future
glaze over, right and wrong brick up, the floor’s
a stairwell with no spine. So Jung’s computer,
which consciousness can access with a snore,
hovered in darkness like a bat indoors,
mute, while, monkey-mouthed, my voice immersed
itself in others’ words like lakes; explored
each continent in haste for signs of verse;
sought out new Helicons of alcohol,
new mountains for old muses and new ways to fall.

So for these last few years (let’s call it seven,
since numbers please compulsives and the page),
I’ve been invited on my travels; even,
(let’s talk it up) to make Geek Pilgrimage.
A very passive knight, I must engage
with other peoples and their poetries;
must leave my house and, almost, act my age –
that’s me, for whom ‘outside’ is a disease,
whose verse is manga made iconostasis,
obliged to learn, to taste and visit actual places.

Of course (I know this now the ship has sailed),
the whole clan was nomadic way back when –
before we built our ship of fools, fools trailed
from Africa – including Herbert men.
Yes, long before the reed became the pen
we all went walk-or-wadeabout who crossed
to Yemen when the Red Sea was a fen,
spread from Djibouti to points north. We lost
some melanin like luggage in the Ice Age,
then claimed we were sole authors of the human message.

We feel the same about our prosody
today and, whether we must innovate
linguistically or craft our monodies
on Morgan or Donaghy, we think we’re GRRREAT.
Forgive me if I drift from that debate
back to my sad otaku quest: the game
of justifying what my instincts state:
the Silk Road and the Low Road are the same.
(In Japanese shūgyō means errantry –
while here it means that Shug disputes your parentry.)

The Low Road and the Silk Road are the same:
you needn’t know yourself to cross the globe,
and no cartography’s required to dream,
but still, the Gobi’s twinned with frontal lobes –
your neurons are oases; myelin robes
protect their merchandise of messages –
neuroses must be sold to allophobes,
philosophies spice up la grande sagesse.
My ancestors, though never so far east
were travellers, twisters, tinks, skeletal at thought’s feast.

The Herberts tend to yield sarcastic chields:
travelling showmen, shooting gallery
and shoggie-boat proprietors – from fields
of dupes drop to a lorry driver’s salary –
unhappy scrappies, stickit merchants, at sea
in sober streets; quixotic engineers,
faith-loupers, seekers of higher calories;
genealogists of the twisting years,
brickies not thickies, dyers not liars: the cream
of chicken soup of those found drowning in their dreams.

As is our wont I went wrong somewhere, lost
my bearings, drive and hair – and didn’t care.
I lived among the anecdotalists,
the giant babies and the well-prepared –
those lappers-up of milk who never share,
those darlings who use talent like a fist.
Out cold so long I thought myself sleep’s heir,
I haunted my ambition, some dumb ghost
persisting when its family has left
the building: like an old card stuck to a reused gift.

Julia Bird: Why were you drawn to Childe Harold. What journey or quest are you on at the moment?

WN Herbert: I think poets constantly create, through reading, canons of their own invention; then, through writing, they attempt to digest them. One of my canons consists of conceptual borderers, and Byron is a borderline bard in lots of ways – half-Scots, part-European, semi-Romantic: bi- in every sense he could think of.

Now, I don’t amount to much more than bi-, in that my work is a type of poetic digression from both the mainstream and the experiment, but I’m still drawn to that rebellious, restless energy. And in my poetic middle age I find I wander further in search of models than before: neither Brit nor US, but a kind of passive drift through world poetries by bateau ivre in Rimbaud’s phrase.

The other thing you keep working through is form: I’ve been playing on the Standard Habbie, ottava rima and Pushkin’s Onegin stanza for a few years now, and something resonating in the Spenserian told me it was time to pick it up and start tinkering with it. I’ve ended up with a ten line cross between the Spenserian and Byron’s later choice, ottava rima.

‘A very passive knight, I must engage / with other peoples and their poetries’. What traveller’s tales do you have from your recent adventures?

The new book has a spine of near-Spenserian stanzas going through it like recitative, seven sections of seven stanzas, while the separate sections roam to the compass points – Scandinavia and Siberia in the north, Guangzhou and Xinjiang in China, Carolina and Venezuela in the Americas, Somaliland in the south – in search of mountains, lakes, metres and masters. One of those masters is the great Somali poet, Gaarriye, whose work I’ve been translating with Martin Orwin.1

We flew out to Somaliland one Easter in ever smaller and older planes, only to be convoyed through the countryside guarded by qat-chewing men with AK47s while people ran from their houses to greet the man himself, a superstar wherever we went. We crossed dry river beds before the rains could wash through them, driving due westward on Good Friday; sped past ancient rock paintings and burnt-out tanks in search of a swim and fresh fish and poets’ graves; read to hundreds, and ate freshly-slaughtered (as in right in front of me) lamb’s liver on Easter Day. And we talked all night long about poetry and alliteration, both Somali and Anglo-Saxon.

Tell us about the process of combining these discoveries with someone as canonical as Byron.

I read Byron’s letters when he was a young ex- student bouncing round Spain, Albania and Greece, soaking up what would become the setting for Don Juan. The poetry in Childe Harold has still to loosen up, but the eye is already there, the ear is greedy for language. I think trying to respond to this garrulousness is what led me to add that extra to the stanza. I realised my work has always been on a similar kind of search – not for a ‘Mature Art’ in the MacDiarmidean sense, but for a way of positioning itself in relation to other poetries, other times.

I don’t do marmoreal, triple-distilled, Eurocentric poetry, and in a way that’s what Byron wasannouncing with Childe Harold – that there could be a writing from the edge, an ek-centric voice, a rougher music which Pushkin recognised immediately, which still resonates for me in the work of figures like Yang Lian, Elena Shvarts or Pedro Serrano.

It’s not travel poetry, exactly, in the sense that it’s not searching for the exotic; it’s looking for ways of being at home. And the “home” it finds is never domesticated, though I would dearly like it to be. It’s always already defamiliarised by the need to look in the first place.

Where’s the poem going, what’s going to happen next?

There are a couple of autobiographical themes it touches on – things I haven’t been able to say before that now seem germane to the whole quixotic process of being a writer. Its other main theme is in one sense very Eurocentric indeed: I’ve been spending more and more time on Crete in the last ten or so years, so ideas of the labyrinth keep looming larger and more elaborate.

But really it’s a poem about the nature of being nobody in particular, about that desolate freedom Odysseus wins when he tells Polyphemus his name is ‘No-one’. That’s the traveller’s inadvertent goal, and every writer’s secret target, to become ‘Anon’.

*This interview was originally featured in Magma 49* 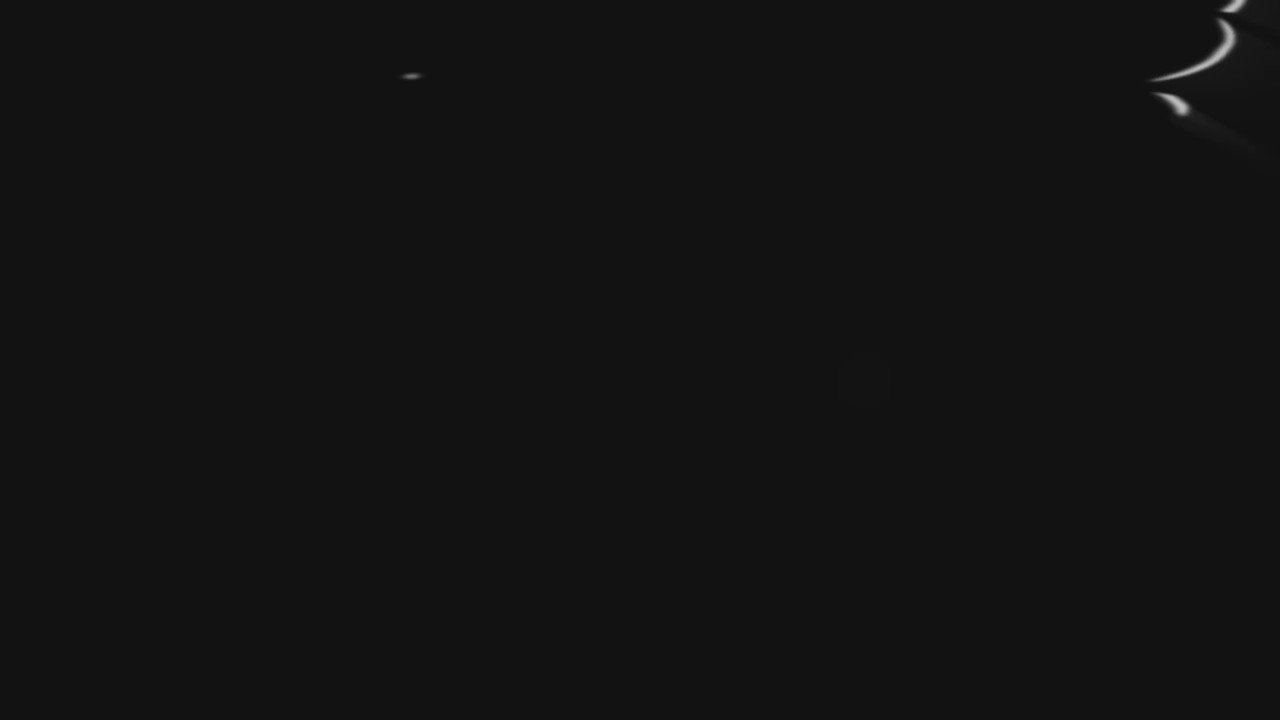 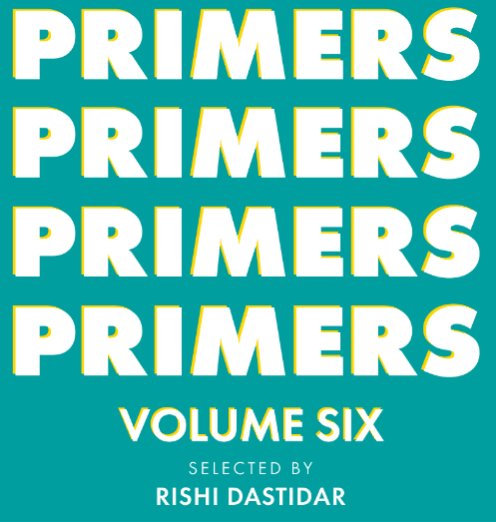