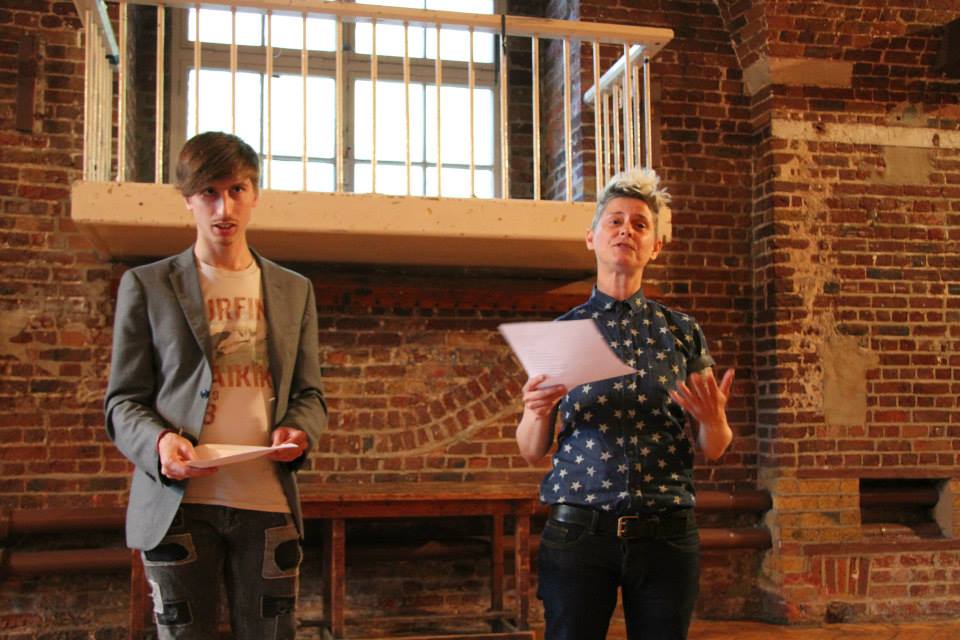 A poet’s voice is a much discussed aspect of a poet’s work, but just how relevant or limiting it is being recognised by your voice provoked an interesting discussion by a panel of well-known poets taking part in Magma’s National Conversation about Poetry.

Last month Hannah Lowe, Joelle Taylor, Chris McCabe and Jon Stone participated in Magma’s Incorrigibly Plural live event in Clerkenwell, London where they performed their collaborative poems which you can read on the Magma blog.

Following the readings, the poets answered questions from the audience and the issue of individual voice provoked a strong response, with an argument for not pigeon-holing poets by their voice.

Joelle, who is a popular spoken word poet, believes there is a danger in being boxed in or categorised by voice.

“Thousands of people come to spoken word events – they are rammed, but there has been the idea that being a spoken word artist or performance poet is a dumbing down. Only recently have poems started being committed to the page,” she said.

All the poets felt it was unhelpful to be categorised by voice and that performance and the written word should be able to feed creatively into each other.

Hannah said the spoken word has helped with performance nerves.

“When I started out I was terrified of performing,” she said. “It is only now that I am more confident I can enjoy what I am saying and the performance.”

Joelle made the point that it is not just the voice that is speaking in performance, it is also the body.

“You have three minutes to change the rules. The body becomes a very important part of performance,” said Joelle.

Hannah made the observation that when Joelle delivered her own poetry, “it seemed as if at times you were doing sign language.”

Jon, who is editor of Sidekick Books and whose adventurous work includes collages from contemporary manga and poems that experiment with form and voices, said he avoids the ‘I’ in poetry, which gives him the freedom to take his poetry in diverse directions.

“As a cisgendered, white, heterosexual male, my work is more interested in being other things rather than about my own life experiences, otherwise I would feel I was grabbing attention which I would not feel I deserved. In terms of the voices that want to be heard, I want to express myself by my interaction with other things,” he said. 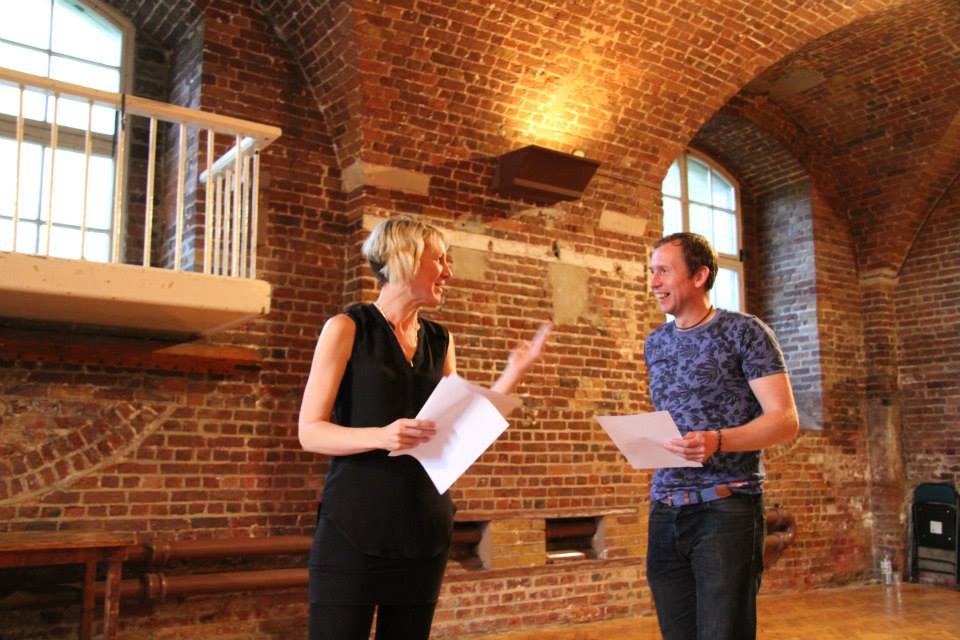 On the question of how the poetic voice has changed and the difference between the authorial voice and the poetic voice as a signature voice, Chris said he believes that between the 19th and 20th centuries, there was a shift as the radio allowed personalities to be recognised by their voice.

“Eliot argued for the disappearance of personalities, but signature style is still a big thing, but more contentious is a personality in poetry and a voice intentionally recognised,” said Chris.

Joelle said spoken word poets shy away from an authorial voice, but for some spoken word events, audiences go to hear a particular voice.

“There are positives and negatives about the scene. It can be like going to see a Take That concert in that you know what you’re getting. Particularly if you’re under 30, attractive and on Radio 1, you will pull in a crowd, but that is part of creating a scene and getting into that demographic,” said Joelle.

Picking up on the idea of the radio changing how the poetic voice is appreciated, she said that new technologies are doing something similar currently.

“There are all kinds of technologies that allow you to be heard and seen and support a wide range of voices to be disseminated,” she said.

Hannah said some voices from the spoken word scene are real stars, such as Kate Tempest, and a push to create poetry pop stars can be detected in the media.

“They do not necessarily have the broadest audience and don’t appeal to spoken word audiences. We have stars that are not stars,” she said.

Jon said there is a conscious effort to promote poets into stars because it makes good copy.

“You can tell a wider audience – this is a star, this is what poetry is,” he said.

The poets felt that the apparent divide between spoken word poets and page poets is unhelpful and often based on prejudice.

“Spoken word poetry is not in conversation with an existing canon, and there are different venues, promoters and funding streams. The differences are institutionalised,” she said.

Chris said that other countries are more open to other forms of poetry and the cross-fertilisation between different strands of poetry.

“In Canada, Christian Bök’s poetry is centred on ideas and visual poetry that captures ideas in different ways. Diversity should be celebrated. Instead of asking people, ‘Do you like poetry?’ the question should be, ‘What kind of poetry do you like?’” he said.

Picking up on Chris’s idea: What kind of poetry do you like? Let Magma know and we will publish your answers on our blog.

Magma on Twitter
RT @LisaDMKelly: If you have your copy of @magmapoetry The Resistencia issue, it will tell you submissions for the collaboration issue are…
h J R
@MagmaPoetry

The submissions window for ‘Collaborations’ is open from 1st February – 31st March 2020. We welcome poems that have not been previously published, either in print or online. One piece of work from your collaborations of up to 140 lines…