Poetry is a universal language, in which we can all hope to meet.

Sometimes we meet as readers: so the poet will read a science article, the conservationist a poem, we trespass out of our artforms and disciplines and in this crossing over we see things differently. Last Monday, we met as people: poets, conservationists, farmers, composers, geographers, journalists, researchers, artists and activists. Everyone in the room had an understanding that we are just one part of the natural world and an urgency to protect all parts of it. Some scientists in the room were also artists and some artists in the room were also scientists.

The poet Alice Oswald once said of collaboration: “It’s always been my feeling that one mind isn’t enough for a poem. I like to talk about ideas with people. And I really do regard my poems as not my own. That’s not just a false modesty. They come from working with other people.” The feeling in the room was the same, that we need a unity of voices from different disciplines, as well as cross-pollination between specialists to communicate in a way that is felt by people, that speaks to them and enables them to act.

Poetry creates a catalytic energy. As groups of practitioners we care about the same stuff.

As Noor A. Noor (one of the conservationists present doing an MPhil in Conservation Leadership) reflected on his experience during the Egyptian uprisings of 2011 and spoke about ‘love’ as a prerequisite for political art forms, I thought of two writers and two books. Aldo Leopold’s’ A Sand County Almanac, in which he describes a species of flower being threatened by pesticides, his words for its loss and the understanding that no one will mourn something if they didn’t know it existed are: “We grieve only for what we know”.

To me, many poets and scientists ground their work in the same process: observation, precision and a desire to communicate their subject vividly. This is what naturalists, bird-watchers, ecologists, environmentalists, conservationists, scientists and citizen scientists do with surveys and studies and what poets do by writing with accuracy, allowing people to see and experience them, even if as a reader or listener they haven’t witnessed them first- hand. In Miriam Darlington’s most recent book, Owl Sense she describes this same feeling in another way: “We need that emotional connection with the wild. And the wild needs us to feel that compassion. We will not fight to preserve what we do not love. And to keep that love alive we need contact.”

Preaching does not work.
Only if it’s done with love
will it turn out to be a productive conversation.

As we began talking about collaboration, Kathy Jetnil Kijiner was one of the first poets mentioned. The Marshall Islands where Kathy lives and writes are no higher above the sea, than the low ceiling we sat under. Kathy is a climate activist, poet and hope-giver to oceanic nations. In 2014, she presented to the United Nations Climate Summit and last year was paired with a fellow activist and Greenlandic poet, Aka Niviana. Aka’s ice is melting and Kathy’s sea is rising.

Those lightless days when pain
keeps you in…

Zero count with a window survey.

Polly Atkin, ‘Notes from a Transect’

The place where we were all meeting hosts the largest cluster of conservation organisations in the world, Cambridge Conservation Initiative (CCI). For the Climate Change Issue of Magma, its editors – Eileen Pun, Fiona Moore and Matt Howard – plus CCI’s John Fanshawe brought together eight pairings of scientists and poets to respond to each other’s work. John dedicated the seminar to one of the scientists, John Lanchbery, physicist and veteran of international climate change negotiations, who died suddenly last autumn. John L was paired with Claudine Toutoungi, Polly Atkin with Blaise Martay, Elizabeth-Jane Burnett with Olly Watts, John Kinsella with Humphrey Crick, Kathryn Maris with Joanna Depledge, Momtaza Mehri with Melanie Coath, Daljit Nagra with James Pearce-Higgins, and Jos Smith with Paul Donald. As they were speaking about their collaborations, what many of their questions began with was how – How do we challenge our lifestyles? How do we avoid being pious or judgemental? How do we manage such a vast and complex issue with a diverse audience?

How do you write a manifesto
that can still hold artistic merit
that is political, challenging, but not didactic?

Timothy Morton was the next name mentioned. His philosophy on ecology and hyperobjects has been described as hopeful, liberating, and influences a number of artists. One of his many memorable statements is: “You think ecologically tuned life means being all efficient and pure. Wrong. It means you can have a disco in every room of your house.” Morton converted his home (strobes, decks and all) to wind-generated electricity, and after a few days of feeling pious, decided to have a party every night, and day. A lot of us love the land.

To the poets and scientists
– talk to the people who work on the land.

This brings us on to joy. A word that came up repeatedly, tentatively, guiltily. ‘Joy’, ‘palpable excitement’, ‘love’ – the way we feel about what we have and want to save, revive, enrich. Everyone from poets who write about insects, trees or baboons, to bird scientists, ecologists and marine biologists are already in collaboration with the more-than-human world, already working with something non-human to produce something, achieve something, say something.  Jos Smith talked about this, the act of writing in a landscape and how we tend to think of poems being about something, rather than them doing something.

What is the collective noun
for such losses?

In each of the collaborations between scientists and poets, the same sentiment came from each scientist about the benefits they gained and new ways of thinking by partnering, conversing and meeting with poets. They found connections between their work, saw it afresh, and as Joanna Depledge put it, found “they both spoke the same language.” Humphrey Crick spoke of the delight and surprise of encountering poetry “which describes in such a penetrating way”  and that “there is something visceral in hard facts and poetry”. His collaborator John Kinsella, found poetry in Humphrey’s scientific writing, which was “intense and genuine.” Olly Watts talked of how his view was “refreshed” by “the tangent Elizabeth-Jane Burnett took me down, which was completely wonderful and surprising”.

There is an opportunity to reach across rigorous scientific organisations. We want to inspire people. Let’s not stop at the science. It’s about getting volunteers involved in gathering data and many different people engaged.

Andy Clements, Director of Science for the British Trust for Ornithology

As Eileen Pun put it, “These issues need our solidarity.” We have much to tell and show each other and there was a call to reach and connect poets and scientists in developing countries, to speak to a wider community of people by publishing in non-poetic or non-scientific journals, and organisationally, for scientists to be encouraged to share their findings beyond the scientific community and be political. Many scientists spoke of how poetry energises, provides new insights and can be a catalyst. Chris Sandbrook (who is the Head of the MPhil in Conservation Leadership) summarised the Magma and CCI collaborations thus:

The experience is quite transformative… it’s helping us to think about what conservation is and why we’re doing it.

Magma on Twitter
Come along for spectacular poetry from @magmapoetry co-Chair @OdubanjoGboyega & rising poetry star @GOLDWILDPOPPY . Bring a poem to read from the floor. https://t.co/iyhsSnXLSy 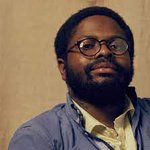 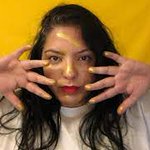 Apt that Magma board member @cherylmoskowitz co-editor of forthcoming M81 #TheAnthropoceneIssue, has a new poem out today on the marvellous @anthro_poetry site. Check it out! https://t.co/RZ5yNGeVL2
h J R
@MagmaPoetry

Our friends @NineArchesPress @writingwestmids are running The Poetry Toolkit Conference to discuss, debate & celebrate poetry and publishing in the Midlands on Sat 30 Oct. This is a great opportunity to meet, share & network. Grab your free ticket here https://t.co/QtTUpx5yiq
h J R
@MagmaPoetry

It's National Poetry Day! To celebrate, why not submit to our poetry competition?https://t.co/MuLJ9Ux33I Here is a copy of the winner of last year's Editor's Prize, Breakfast, Grade Six by Colleen Baran! #NationalPoetryDay https://t.co/tCfkADb3NH