Lunar Poems for New Religions is a curious book: mixing English and Scots, spirituality and earthiness, minimalism and expansiveness, it makes a refreshing mockery of many of the perpetual divisions in British poetry. The long poem at the centre of it, ‘Look Up’, is an account of spiritual search through the ‘60’s drugs experiments to the guru culture to a kind of Christian conversion. It’s all done in a bawdy Scots voice that is never synthetic but seems like the way people actually speak, not something that comes from a dictionary.

The poem has a Ginsberg ‘Howl’ feel to it; and is an account of a quest that is both personal and universal. If at times it feels a bit disparate and hippy-dippy, though, it’s because of the honesty of the account; and there’s a realistic assessment of the life the narrator has lived through:

For every brain-stormin pseudo-scientist
dippin their finger in the Acid pot at Millbrook –
girls in green saris lounging on the lawn
like yellow haired dakinis waitin tae greet
every star seekin psychonaut filtered thru
the heavy iron gates – at least a dozen kids
ended up pan-fried-mash-up material
in some loony bin somewhere
catatonic
schizophrenic
lost tae the black immensity ae the VOID –
consciousness expansion ma eyeball!

As can be seen from that short extract, a rollicking and sometime sarcastic sense of humour threads its way through the whole poem, which if it takes part of its impetus from the Beats, is still very much its own thing. In fact it’s as much a criticism as a celebration of the lifestyle, with its consequences of addiction and madness as well as its highs.

The other half of the book takes up the lunar theme in prose and minimalist verse. Whereas ‘Look Up!’ is largely standard syntax and grammar if not exactly standard English, in this section he indulges his passion for sound poetry and the more experimental side of his poetic personality. Edwin Morgan and Bob Cobbing, and possibly the Welsh poet Peter Finch, seem to be models here; so we get a poem dedicated to variations on the word ‘golgotha’ or lines like this:

at best I am a solitary instrument

my birth
my birch

where sound is as much of an impetus as meaning. Which isn’t to say that meaning is unimportant; just that the sound seems to lead the meaning. Yet it never goes into the extremes of experimental sound poetry; it always stays on the side of comprehension.

Stephen Nelson’s collection is funny, spiritual and experimental all at the same time: no mean achievement for a poet in these days when you’re supposed to be one thing or another. In some ways, it’s a messy collection; it doesn’t follow neat straight lines or strive for a purity of diction in either Scots or standard English; but that, for me, is one of its virtues.

Steven Waling
Steven Waling is the author of ‘Travelator’ (Salt) and ‘Captured Yes’ (Knives Forks & Spoons.) ‘Hello GCHQ’ is forthcoming from Department Press. He runs a blog called Brando’s Hat, some of the time. 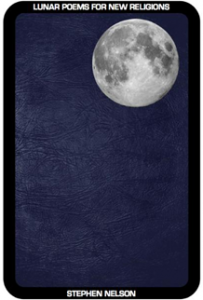 Lunar Poems for New Religions is published by Knives, Forks and Spoons Press, 2013, £8 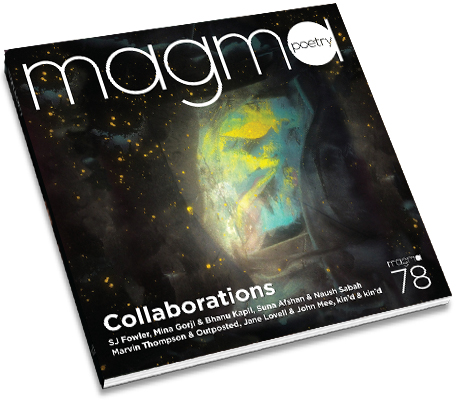 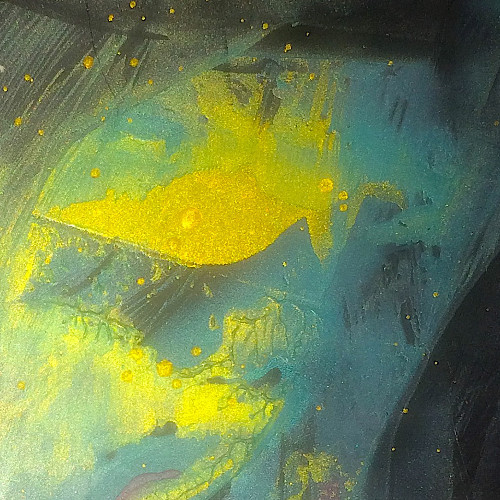 See our showcase of collaborative multi-media poems from Magma 78.

@Carcanet: Our New Poetries launches are flying by! Be sure to book tickets for launches #4 & #5 to hear from the rest of our incredible readers: https://t.co/RZJHrcPtSK https://t.co/OjRAU8qIxM

@magmapoetry: Magma Poetry Competition 2020/21 Winners announced! Huge thanks to all who entered - you can see the list of all winning and commended poets here https://t.co/apMgo6D9SU
h J R
@MagmaPoetry